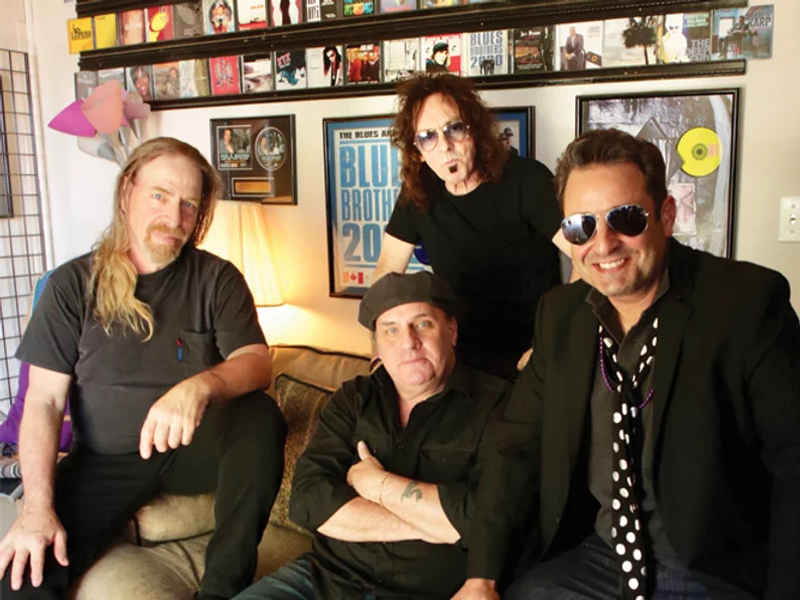 The Name Droppers are a Blues, Rock and Soul band that hails out of Fairfield Connecticut. They have a very unique sound that blends elements of Blues, Rock and Soul into their music. The band consists of accomplished players adding to their appeal, and they have made quite a name for themselves playing throughout New England. Their audiences are captivated by the songwriting and musical delivery. The Name Droppers features the following artists:

Rafe Klein – Rafe is no stranger to the music scene, as he played along side blues legend Charlie Karp for many years and co-wrote many songs that appeared on Charlie Karp’s last album “Back to You” (Courtesy of Red Parlor Records).

Scott Spray – Like Bobby “T”, Scott was the bassist for the Johnny Winter Band and has an extensive career having played with some of the biggest names in rock and roll. His credits span decades, and his bass work on Johnny Winter’s album “Step Back” earned him a Grammy for Best Blues Album in 2015.

Ron Rifkin – Ron is a keyboard powerhouse who has played on numerous sessions, and played along side Charlie Karp live and in the studio for many years.