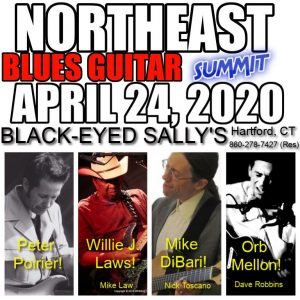 #1/ First up is incredible Blues Guitarist WILLIE J LAWS! Raised in the Gulf Coast of Texas, Willie J. developed his “funky blues” guitar and vocal sound, influenced by Texas Blues and R&B, Tex-Mex Tejano/Conjunto, Louisiana Zydeco, and Country. Fans call him “the Real Deal”.  His work over the past 25 years includes performing as the house band for The House of Blues in both Las Vegas and New Orleans, and as well as Margaritaville in the “Crescent City”. He performs nationally and internationally with the Grammy award-winning Tejano band “Los Texmaniacs”.  While living in Texas, Louisiana, Nevada, and California he repeatedly opened for BB King, Etta James, Buddy Guy, Willie Nelson, Hall & Oates, Lynyrd Skynyrd and numerous others.  Willie was mentored by, and toured throughout the US with, the late Blues great and Texan, Phillip Walker, which you also hear in Willie’s  playing style. Willie now lives in Massachusetts, travels from NH to NYC to Texas and beyond, and plays hardcore, authentic Blues with a twist of Zydeco and Roots!

#2/ Boston-based jazz blues guitarist Mike DiBari began his studies at the Manhattan School of Music in New York City, studying classical guitar with Nicolas Goluses and Mme. Segovia. Inspired by B.B. King and Freddie King, amoung others, DiBari earned a bachelor’s degree from the Berklee College of Music in Boston in 1994 and formed the Mike DiBari Swingtet. Upon completion of his studies at Berklee, he formed the Palomino Records lable and released his debut album, Jumpin’ the Blues (1997). The album was recorded live at WJUL 91.5 FM in Lowell, MA, on the Blues Deluxe show with John Guregian and it showcased DiBari’s grasp of jump blues and swing, garnering positive press in the process. His next two albums, Rotary Ahead! (2003) and Music of the Spheres (2007), featured the Mike DiBari Trio and showcased the range of his composition skills. Mike met luither Daniel Clark at the Orangeville Blues and Jazz festival in Ontario, Canada, during the summer of 2013. The two began work shortly thereafter on the creation of the Mike DiBari custom

#3/ PETER POIRIER!  If that’s not enough, how about a Swingin’, Hotshot set of Jump  Blues by one of the Northeast’s Most Popular Blues Guitar Slingers & Dynamic Vocalist, the iconic PETER POIRIER! Peter started out in the Boston blues scene of the early 1990’s when he formed his first band City Pete and The Eels. Performing throughout New England when in 1996 he was asked to join The Shirley Lewis Band. With Lewis, Peter was able to see more of the road, as the band was booked nationally. Playing well known venues such as Buddy Guy’s Legends in Chicago, Manny’s Car Wash in NYC, Blind Willie’s in Atlanta, The Slippery Noodle Inn in Indianapolis with numerous trips up and down the East Coast. The Shirley Lewis Band also performed at many festivals including Riverfest in Chattanooga TN, The City of Presidents Festival In Quincy Massachusetts, (where Peter also backed up another Boston legend “Weepin’” Willie) and The Red White and Blues Festival at the Cape Cod Melody Tent. Peter kept his own band together during this time and was invited to perform at The Boston Blues Fest.

Peter was encouraged by longtime friend Brad Hallen to make a new record. Along with Mark Teixeira on drums (Mark and Brad have been Duke Robillard’s rhythm section for the past ten years) Matt McCabe on piano (also a Duke Robillard alumnus as well as a long stint with Texas great Anson Funderburgh) and Mark Earley (current member of Roomful Of Blues) on baritone, tenor and alto saxes. Recorded at Lakewest Recording in West Greenwich RI by engineer and studio owner Jack Gauthier (Jack is responsible for recording and mixing many of Duke Robillard albums)

#4/Icing on the cake…Resonator Blues Guitar fans will be treated to a fine opening set with the great ORB MELLON!
Orb Mellon is the blues moniker of Mike Malone, founder and guitarist of the seminal 1990s indie rock band and Sony/Epic recording artists Dirt Merchants. Orb Mellon mines the raw energy of 20th Century American roots music, particularly whiskey fueled house party delta blues. Influenced by the likes of Bukka White, Junior Kimbrough, and John Fahey, Orb Mellon  performs pure, sonically aggressive, and ever transforming original folk blues, free from any quaintness or historicism, prompting one early reviewer to identify Orb Mellon’s work simply as “blues in all its primeval glory.”  He has performed extensively around the eastern United States and Canada sharing the stage with such diverse acts as David Johansen (NY Dolls), Daddy Long Legs, Charlie Parr, R.L.Boyce and Brownbird Rudy Relic.  In 2018, Orb Mellon was a feature performer at the Montreal International Jazz Festival. In 2019, Orb Mellon was a nominated for a New England Music Award for Blues Act of the Year.

Orb Mellon has released 3 full length albums and 3 EPs and his work has been featured in regional, national, and international press.  Orb Mellon’s music has been included in feature films and television shows including the FX network hit crime drama “Justified,” the feature film “Kill For Me,” the HBO drama “True Blood,” the CBS / Spielberg produced Sci-Fi drama “Extant” staring Oscar winner Halle Berry, the CBS drama “The Good Wife,” the BBC America drama “The Intruders, and most recently, the AT&T network drama “Mr. Mercedes.”

Worth the price of admission in itself, As a SUPER BONUS, Lighting the Blues flame behind these talented Blues Guitarists is the dynamic super tight Blues rhythm section of Bassist Mike Law and Nick Toscano!

Also, Word has it that East Coast Blues Harmonica Master, “DAVE ROBBINS” will make an appearance!