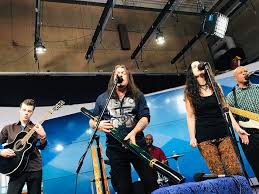 Award-winning Australian singer/songwriter Peter D. Harper — known in the music world, as “Harper” brings forth his latest release “RISE UP’ featuring 10 original tunes due to be released on February 11th 2020 . “RISE UP” profoundly expresses Harper’s creative use of the harmonica and the haunting drone of the didgeridoo with underlying meaningful lyrics, which reflect the divisive times, we currently live in.

Harper is known for his powerful soulful voice and a deep, almost mystical approach to the roots genre. This new release is an expansive musical and lyrical journey, stirred up with masterful harp and the deep, woody, percussive tones of the didgeridoo. “RISE UP” follows the highly acclaimed “Show Your Love” (2016), which reached # 3 on the Billboard Blues Charts and stayed in the top ten for 6