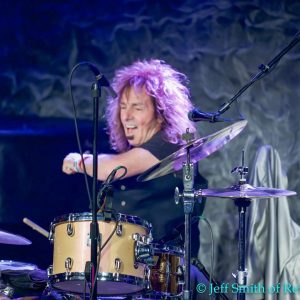 As if Bobby T and his band aren’t enough- joining him onstage will be: Paul Gabriel, Jay Willie, Jake Kulak & Dylan Doyle!!

The following year, Bobby T joined ‘Paper Steamboat’. Steamboat was a precursor to the now legendary group, ‘Thunderhead’. Numerous big name artists also jammed with them when they were in town. One such legendary notable was Johnny Winter, who was a big fan of Thunderhead. With the help of Johnny and Edgar Winter they were signed to ABC/Dunhill Records in 1974.